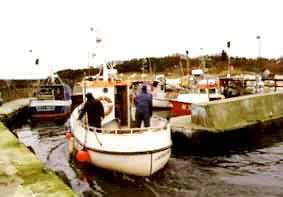 The Bakkerne port is located in Sømarken south of Pedersker.
Originally the port only consisted loam mole of one

Under need and poverty the fishermen built a port, this one was completed in 1944.

In 1982 the port was improved once again and the smallest fishing port used commercially is today.

The port of Bakkerne is a quite active port despite its deciding size.
The fish captured freshly is delivers to the Bakka Røgerie where the fish is treated very well.

To the joy of the citizens and tourists
Fresh fish and other stories experience you here.

In the course of the time, also Bakkerne has taken a more modern direction, with kiosk and crazy golf in which it was not taken care of on this to lose the charm of a little fishing village at the same time, however 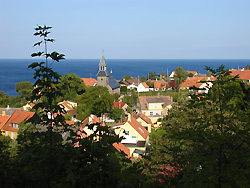