Bornholm has attracted the attention of the botanists already early. 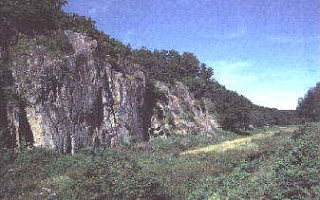 Like the botanists long Danish and other Scandinavian zoologists already turn the look towards Bornholm.

Two classic examples of animal genres form the appearance of the ring thrush as tail bird 1935 and that one of the european bee-eater 1948, these it does not give in the other country and the occurrence can be explained on the island from the geographical position. Bornholm does not only have a specifically eastern Faunaelement which a number of animal genres concerns on the island restricted from climatic or immigration historical causes but also a miscellaneous numeric distribution in comparison with the other country. The interest in the Bomholmer nature has increased strongly and many studies of island nature of the last twenty years has concerning much new knowledge about the fauna of the island to the day brought and to be more precise particularly the invertebrate animals.

Säugetiere
Thanks to a new eavesdropping apparatus to the registration of bats, the so-called ultrasonic detector, one has got knowledge more than the last ten years from six new suckling species of animals to altogether 26. These form a rest after the far more extensive animal life of earlier times by you having found in several bog ways of the island of bone and others from reindeers, oaks, wapitis, beavers, wild boars and martens. The island is known particularly because of its fine deer stock today and the hunting yield of this genre lies over the regional average. The Bomholmer roebucks also stand out due to their great and splendid Gehörne. 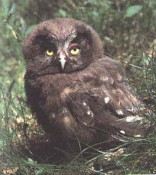 Birds
The bird life has been examined quite well and over 100 types are found in brooding every year on the island.

Particularly two genres, namely nightingale thrush (the song is often mistaken for the nightingale) and rook, are as elsewhere in the country common in Bornholm. The immigration of the black woodpecker beginning of the sixties has brought about a greater supply of nest holes in the woods of the island which cave reactor like jackdaw, stock pigeon and Rauhfusskauz in turn has favoured. The latter broods annually with only a few couples and has on our island the only known brooding stock of the country.
The bird migration in spring and in autumn over the island is considerable and these primarily are the large crowds of cranes, Rauhfussbussarden and wagtails which make the island the valued train locality. In for once warm spring the island is visited of a not low number Südostziehern, has brood recently of which of the rosefinches begun.

Reptiles
The reptile fauna of the island is not different from that one of the other country and five genres are represented rather extensively. The adder particularly seems to appear in the heather areas of the Hammerknuden as well as in the old high heath areas frequently where heather is still available.

Amphibians
Nine species of amphibian happen regular.
The sea frog only appears in all of Denmark in Bornholm and the half of the tree frogs of the country is found in the ponds of the island. A greater fall in this amphibian genre has been able to be recorded, why the Bomholmer started office community of 1983 primarily based on it, promote the tree frog stock and win the put asiding ponds back the sea it-innovation, these, however, where it in the past was from what it is expelled today, e.g. because of replenish. 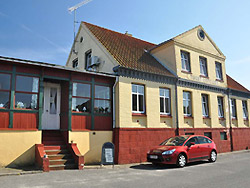 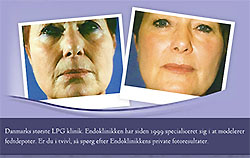